The "Mask Up, Saratoga Springs!" Campaign is a customized, mulit-media marketing campaign aimed at increasing the awareness and enforcement of the New York State Mask Mandate for public safety purposes during the COVID-19 Pandemic. This City-led collaborative was spearheaded by the Commissioner of Finance Michele Madigan to both encourage and educate residents and visitors about taking various health precautions while enjoying our beloved Saratoga Springs community. All campaign materials were developed for distribution to the general public as well as local businesses and organizations to further support this initiative. 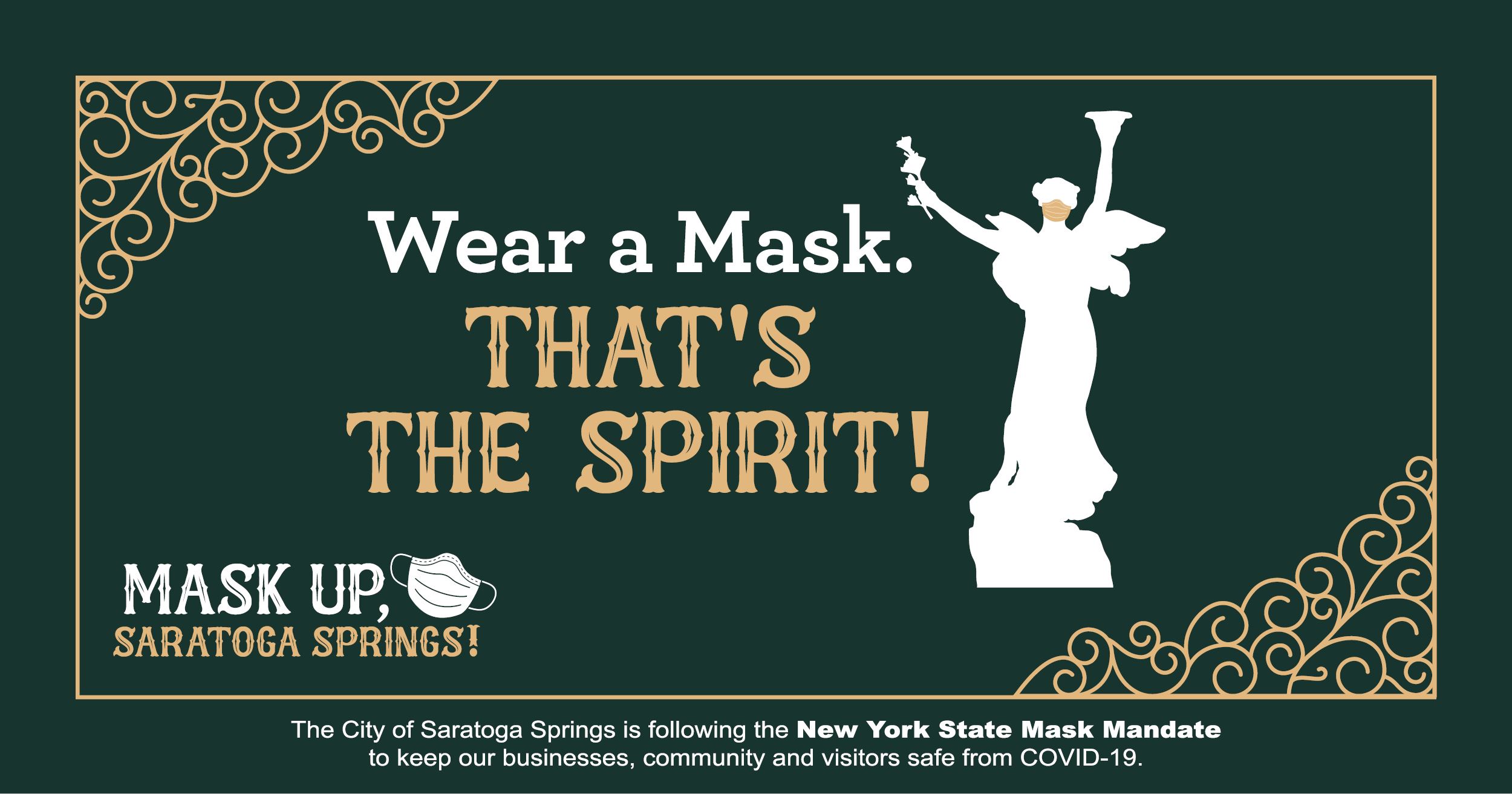 Pictures in the Community