Chief Williams is a third generation member of the Saratoga Springs Fire Department.  Both his father Thomas J. Williams Jr. (Past Fire Chief) and grandfather Thomas J. Williams have served with the fire department since 1933.  Chief Williams began his fire service career on June 24, 1984 when then he was appointed as a Fire Fighter.  He was an active member of the department serving on the Fire Union’s executive board and as its Union President in the late 1980's.  He served on a number of committees including the Saratoga County Safety Committee and Fire Advisory Board.  He was instrumental in the fire department’s moving forward in the Emergency Medical Services (EMS) in 1990 and most recently the transition to a full ambulance service.  He was promoted to Lieutenant in 1991 and Captain in 1995 replacing Captain Cogan who was promoted to Chief.  In response to the terrorist attack on September 11, 2001, Williams was dispatched as part of the NYS Urban Search and Rescue task force and operated at ground zero as part of a specialized void search team.  Chief Williams has received a number of professional awards and accommodations for his service and holds a degree in fire protection technology.  He is a NYS Fire Instructor and continues to instruct fire fighters in basic firefighting operations, rescue, and special operations.  Chief Williams was elevated to Chief by Commissioner Ron Kim on December 26, 2009. 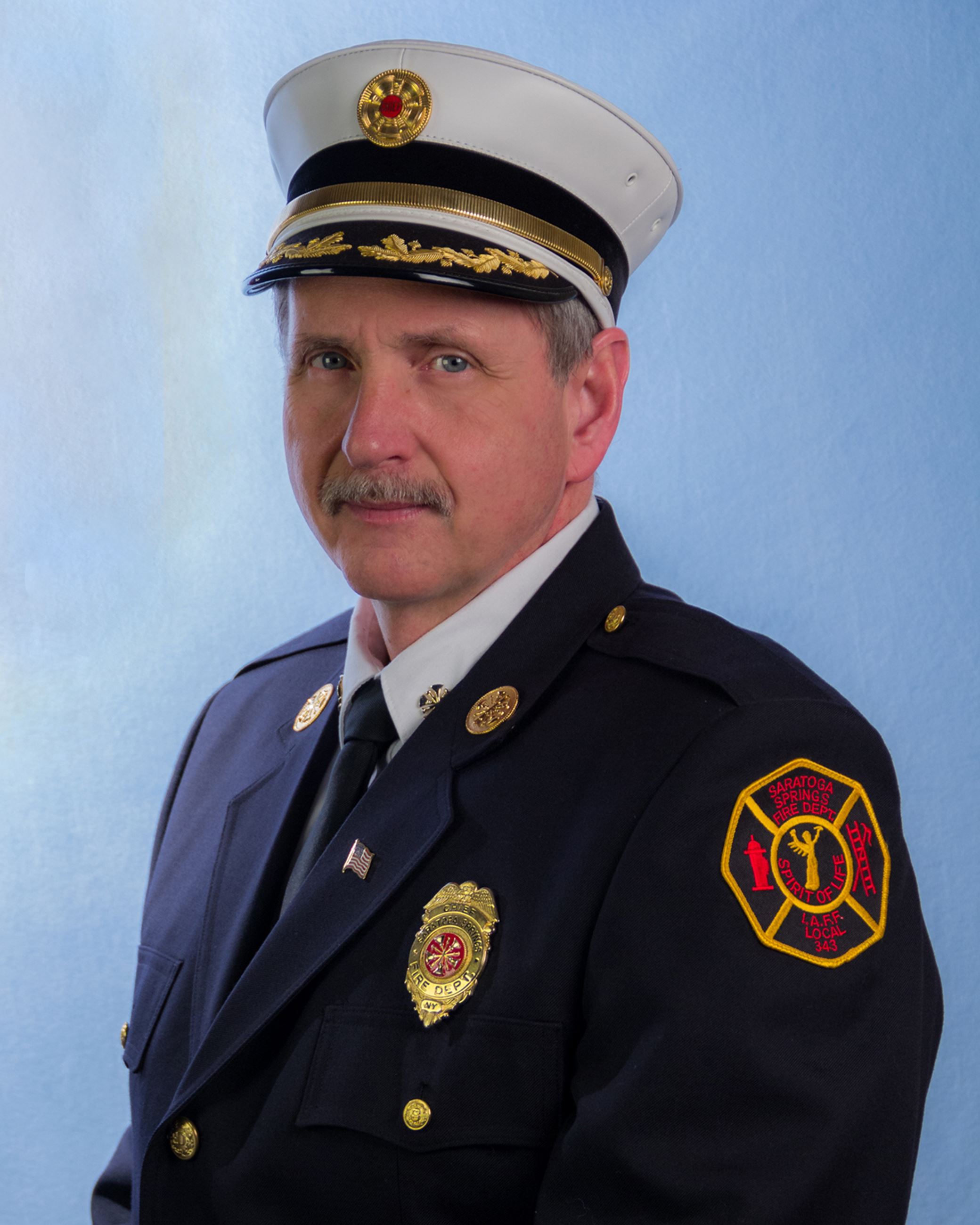